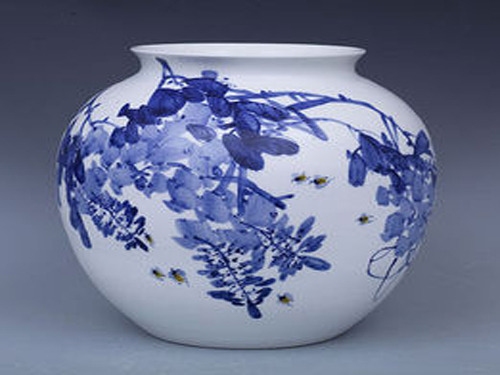 From the history of the development of the building sanitary ceramics industry over the past 30 years, it seems that it is an industry that is not concerned by the state, because in the past 11 years of the national plan, there was no mention of building sanitary ceramics. Steel, cement, and glass, which are also part of the big building materials industry, have been mentioned in every five-year plan: encouragement, overcapacity, elimination, and access. As a whole, these three types of industries have been Good development.

Perhaps these three types of industries are the main reasons for state-owned enterprises. The government can easily guide policy and promote the improvement of industrial concentration. For example, the iron and steel industry has at least 100 steel enterprises with billions of billions or more: Baosteel, Shougang, Anshan Iron and Steel, Wuhan Iron and Steel...Tangshan Songting Steel, Lengshuijiang Iron and Steel, Xinyang Iron and Steel, among which Baosteel and Shougang are all 100 billion-class enterprises; there are also many billion-grade enterprises in the cement industry, among which cement industry leader Conch Cement has nearly 500 annual revenues. Billion; the overall size of the glass industry is small, but there are also some billion-dollar enterprises, such as the automotive glass industry leader Fuyao Glass's operating income in 2012 reached 10.25 billion yuan.

When will the "Chinese Dream" in the sanitary ceramics industry take off?

The building sanitary ceramics industry has been rapidly developed due to its lack of attention and the development of â€œfishing and fish farmingâ€. Such as building ceramics industry, developed to the end of the eleventh five-year period, there are more than 6,000 companies, more than 3,000 production lines, annual output exceeded 8.5 billion square meters, for 19 consecutive years to become the world's first production. The industry is very big, but there is no one billion-dollar enterprise, and a half-billion-dollar enterprise is also very little, and there is almost no "big tree" in the true sense. Small trees and grass dominate, private enterprises rule, disorderly development, and low concentration become a major feature of the building sanitary ceramics industry.

As the industry is getting bigger, it has fallen into a situation of low concentration, disorderly development, and vicious competition. This will inevitably cause the country's great attention. Therefore, the 12th Five-Year Plan has historically planned the building sanitary ceramics industry. This is a good thing as well as a bad thing: The so-called good thing is to have a clear strategic guideline for the future development of the industry; when it is said to be a bad thing, it will be spotlighted by the country at the same time - in energy conservation and emission reduction, environmental governance, and clean production , backward production capacity, overcapacity, competition situation, concentration status, economic benefits, environmental benefits and other aspects are undoubtedly challenged. As a result, in 2012, the Ministry of Industry and Information Technology of the Ministry of Industry and the Ministry of Industry, the project for the study of the policy of construction and sanitary ceramics industry will also be a natural progression and promotion, is expected to be promulgated in 2013, the implementation has been stapling.

When any industry develops to a certain scale, it will issue industrial planning. Without exception, it will clarify the scientific guidance of this industry and propose entry thresholds to strictly control the expansion of production capacity, actively promote the merger and reorganization of industries, and accelerate the elimination of backward production capacity. Increase industrial concentration to change the situation of disorderly industry competition. With the introduction of the Industrial Planning Policy of the Ministry of Industry and Information Technology, the sanitary ceramics industry in Jiantao will usher in the test and reshuffle of the first industrial policy. The number of enterprises will gradually decrease, the overall production scale will be controlled, and the degree of corporate concentration will be relatively increased.

Once the building sanitary ceramics industry policy is promulgated and implemented, some economically developed cities in the Yangtze River Delta and Pearl River Delta regions, such as Foshan, Quanzhou and Wenzhou, will face the shortage of land, the adjustment of industrial structure, and the demands of residents on the environment. Higher and higher factors are just the legal basis for large-scale ceramic enterprises with low land tax revenue, high energy consumption, and certain environmental pollution. If the minimum requirements for entry barriers are not reached, then The fate of closed ceramic companies in the region is inevitable.

A Noise Barrier (also called a soundwall, sound berm, Sound Barrier, or acoustical barrier) is an exterior structure designed to protect inhabitants of sensitive land use areas from noise pollution. Noise barriers are the most effective method of mitigating roadway, railway, and industrial noise sources â€“ other than cessation of the source activity or use of source controls.