The famous economist and professor of Peking University, Zhang Weiying, pointed out that in the past three years, China has been picking the fruits of several generations of entrepreneurs around the world. "We thought that there will always be fruit to eat, even Some fruit trees are our own...
Zhang Weiying, a well-known economist and professor at Peking University, said in his program "Reformed Questions" that in the past 30 years, China has been picking the fruits of generations of entrepreneurial fruit trees all over the world. "We thought there would always be fruit to eat, and even have The fruit trees are planted by ourselves. In fact, many fruit trees are not planted by ourselves."

In Zhang Weiying's view, China's innovation is still far from the United States. â€œChinaâ€™s innovative entrepreneurs are still relatively small. Although we have seen many new generations of entrepreneurs, especially the Internet age, Chinaâ€™s current innovation capability is incomparable with the United States, not a quantitative ratio. We all use These new products, the most basic technology, are mostly American traditions."

It is undeniable that since the 20th century, all industries such as automobile manufacturing, chemical manufacturing, aerospace, new energy, credit card, communication, logistics, express delivery, computer hardware and software, internet, and cloud engineering have all been created by the United States, and they have taken the lead in creating an industry. Living in the leading position in this industry. In addition, the United States has also created many new technologies, new products, new materials, new models, and new systems.

From the statistical data, from the 20th century to the 21st century, the world's top 50 innovations in the industry, technology, products, raw materials, technology models, economic systems, the United States accounted for more than 60%, while the continuous comparison of nearly 20 In the world's most innovative top 50 companies, the United States has been 60% to 70%. Some experts also pointed out that "the United States is in the midst of a period of innovation. The gap between industry, technology, products, raw materials, and model innovation has not narrowed, and the gap in some areas has widened."

As Greenspan said in the book "China's rapid economic growth is borrowed," the Chinese company's "most innovative and capable company is zero", he said: "The question is, if a society can think about you, what to discuss If there are restrictions, it is very difficult to think outside the traditional framework to achieve innovation. This is because some people think that it is the system, and some people think that it is the power.

Zhang Weiying believes that if China really moves from a growth that relies on past resource allocation improvements to innovation-driven growth, our entrepreneurs must move from arbitrage entrepreneurs to innovative entrepreneurs, and truly innovative companies. Home, we need very important, and even fundamental, changes in our existing economic and political systems.

Is it really an institutional issue? My previous article mentioned an interesting story. At the Davos Forum last year, I learned from a private technology entrepreneur that the current high-tech companies often do not consider how to develop new products, but The eyes are gathered in the title of "Torch Plan", the purpose is to exchange policy benefits, thereby reducing various taxes. In the gray area of â€‹â€‹power rent-seeking, the corrupted thinking consciousness has hindered the pace of Chinese enterprise innovation.

Of course, the weakening of Chinese innovation consciousness has become an obstacle. Professor Zhou Qiren once said at a meeting that ICBC is not willing to go to India. The business opportunity is that the foreign countries in the Chinese mind are developed countries, go to New York, go to Paris and go, New Delhi refuses to go. Why is Huawei so powerful that Iraq has gone and the frontline has dropped bombs? China lacks this strength and its market development capability is not strong. Peking University [microblogging] has a lot of language, I said that learning small language dare to go out to work hard, and will be promoted the most in the future. Ten countries in ASEAN, one in Indonesia, one hundred million people, a large piece of land in Latin America, I went to Brazil to open a meeting before the Spring Festival, opened the resources of Latin America, population, economic potential, and early, it is our ability to develop and The ability to innovate has not kept up.

Looking back at the 30 years of reform and opening up, we can easily find that the Chinese have never lacked innovation. To the distance, there is a great risk, and the life and death form is established. The Xiaogang Village peasant who has pressed the red handprint on the land contract responsibility letter has the founder of the â€œstupid melon seedâ€ who is known as the â€œChinaâ€™s first traderâ€. Years Guangjiu, as the earliest private economic representative after the reform and opening up, once caused controversy. It should be acknowledged that it was their innovation in the past that opened the curtain for China's reform and opening up.

In today's Internet era, we still have innovative companies such as Huawei all over the world. These companies that have emerged in the industry and have become or are becoming industry leaders, which one is not because of innovation? Whether it is based on leadership innovation, cultural innovation, strategic innovation, product innovation, or based on technological innovation, talent innovation, business model innovation, each innovation may be behind a path of growth that is full of risks and challenges, but these innovations It has undoubtedly become the only magic weapon to enhance the core competitiveness of enterprises.

It is ridiculous that even foreign experts have begun touting China. Some experts in the United States strongly oppose the statement that "China is not an innovative country." The reasons are as follows: China has succeeded in lifting hundreds of millions of people out of poverty. This process is faster than any previous country. This is the greatest innovation in human history. If you compare the time spent by doubling the GDP of each country, the first country is the United Kingdom, it took 150 years, the second is the United States, it took 50 years, and China spent more in the case of a much larger population. Less time. What is more worth mentioning is that China has not copied the model of other countries, but has embarked on its own development path.

Even Phelps, the Nobel laureate in economics, said, "Many people think that Chinese people are creative. I also know, such as gunpowder created in ancient China. But we need to understand the difference between invention and innovation. Innovation is to let many people accept new things. 'Powder' is just a new thing. It is not widely used in economic development, so its driving force for society is limited."

How to innovate? Only reform.

In my opinion, the Third Plenary Session of the 18th CPC Central Committee has given the best reform framework. It can be said that the reform has already had a square road map and timetable. What is needed is the courage of the strong man to break his wrist. Since the Prime Minister has said that he should start from the decentralization of the administration, he should gradually improve the market economic system and reduce the administrative intervention in more areas. For example, the reform of state-owned enterprises must break the existing monopoly pattern and break the status quo of rights-seeking. Solidly promote the reform of mixed ownership and give full play to the functions of the market in the competitive field.

Since the central government has set up a deepening reform leading group, it is necessary to consider reforms in a comprehensive way and find a breakthrough. Reform can't be too rushed. At present, we should focus on gradual reform. When we touch the pattern of interests, we need the real reform of the knife and the gun. Of course, under the courage of the strong man's broken wrist, we can't test the effectiveness of the government's reform for the time being. However, in the era of change, a promising government will surely reap the fruits.

(The author of this article: Financial media people.)

SJ-Brandt BLT-50 /LCM-2D shaker screen are constructed with two or three layers of 304 or 316 stainless steel wire mesh cloth, and then combined together with a steel backing plate. This type of shaker screen is produced for the replacement screen for Brandt BLT-50/LCM-2D (bottom basket) shale shaker. Mesh size range is from API 20 to API 325. The screens vary greatly in size and shape for different layers. Thus, the intensity and endurance of the screen have been infinitely enhanced, so as to achieve maximum solids removal efficiency.

ShengJia only produces the replacement screens but not original from Brandt. 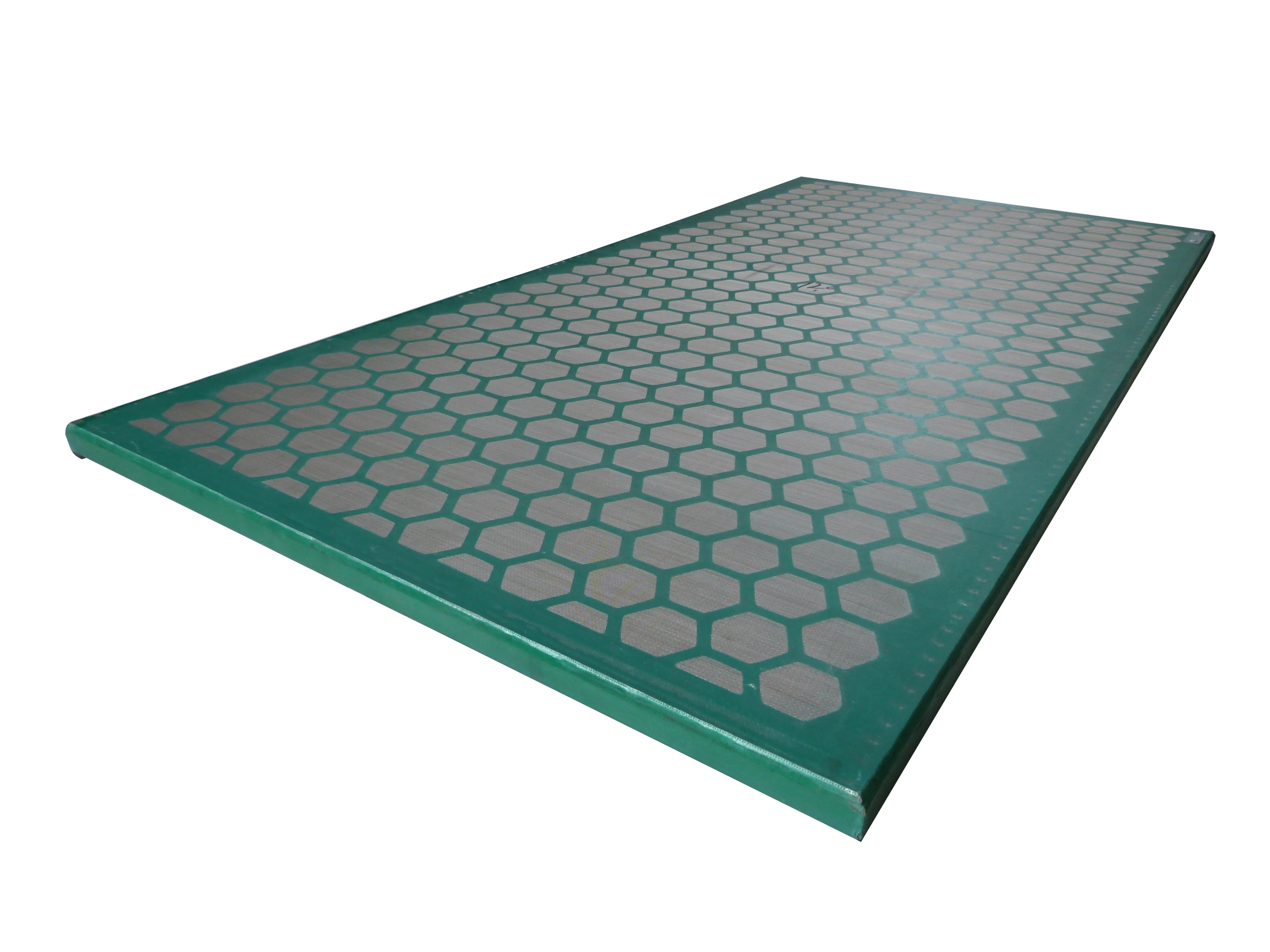 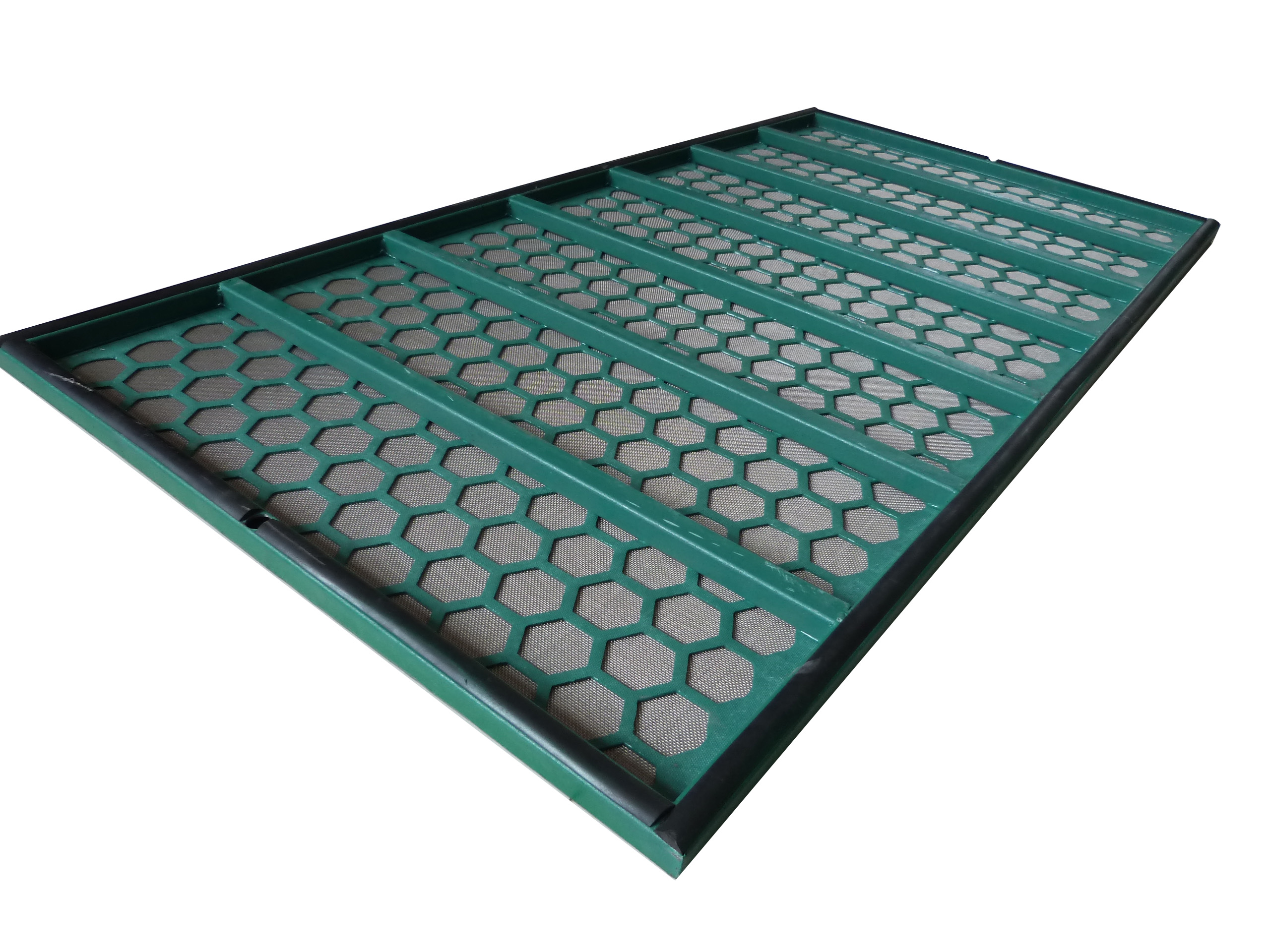